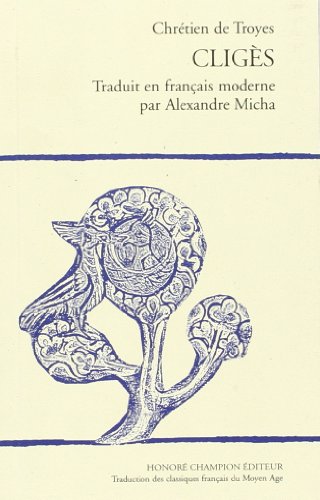 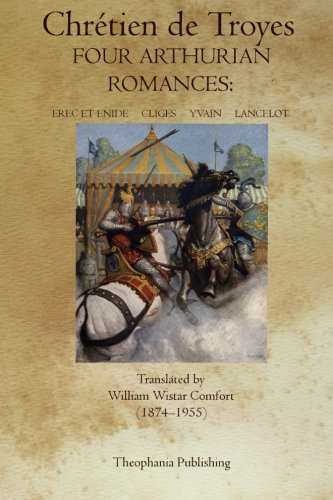 Thank you for checking out this book by Theophania Publishing. We appreciate your business and look forward to serving you soon. We have thousands of titles available, and we invite you to search for us by name, contact us via our website, or download our most recent catalogues. Chrétien de Troyes was a French poet and trouvère who flourished in the late 12th century. Little is known of his life, but he seems to have been from Troyes, or at least intimately connected with it, and between 1160 and 1172 he served at the court of his patroness Marie of France, Countess of Champagne, daughter of Eleanor of Aquitaine, perhaps as herald at arms. His work on Arthurian subjects represents some of the best regarded of medieval literature. His use of structure, particular in Yvain, the Knight of the Lion, has been seen as a step towards the modern novel. Chrétien's works include five major poems in rhyming eight-syllable couplets. Four of these are complete; Erec and Enide (c. 1170); Cligès (c. 1176), and Yvain, the Knight of the Lion and Lancelot, the Knight of the Cart, both written simultaneously between 1177 and 1181. Chrétien's final romance was Perceval, the Story of the Grail, written between 1181 and 1190, but left unfinished, though some scholars have disputed this. It is dedicated to Philip, Count of Flanders, to whom Chrétien may have been attached in his last years. He finished only 9,000 lines of the work, but four successors of varying talents added 54,000 additional lines in what are known as the Four Continuations. Similarly, the last thousand lines of Lancelot were written by Godefroi de Leigni, apparently by arrangement with Chrétien. In the case of Perceval, one continuer says the poet's death prevented him from completing the work, in the case of Lancelot, no reason is given. This has not stopped speculation that Chrétien did not approve of Lancelot's adulterous subject. Chrétien's five romances together form the most complete expression from a single author of the ideals of French chivalry. Though as of yet there has been little critical attention paid to the subject, it is not inaccurate to say that Chrétien was influenced by the changing face of secular and canonical law in the twelfth century. This is particularly relevant for his Lancelot, the Knight of the Cart which makes repeated use of the customary law prevalent in Chrétien’s day. 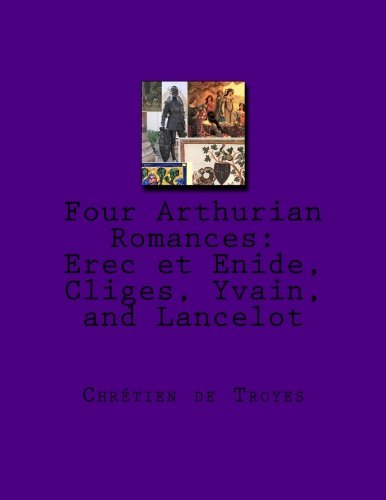 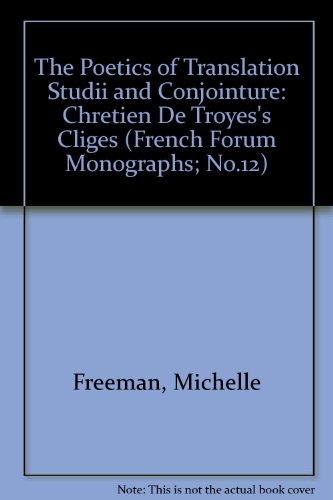 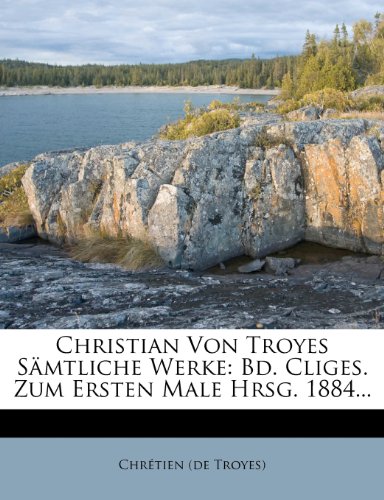 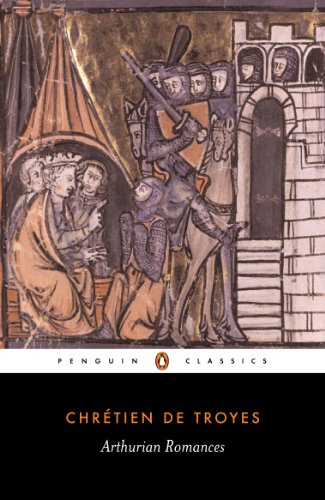 Taking the legends surrounding King Arthur and weaving in new psychological elements of personal desire and courtly manner, Chrétien de Troyes fashioned a new form of medieval Romance. The Knight of the Cart is the first telling of the adulterous relationship between Lancelot and Arthur's Queen Guinevere, and in The Knight with the Lion Yvain neglects his bride in his quest for greater glory. Erec and Enide explores a knight's conflict between love and honour, Cligés exalts the possibility of pure love outside marriage, while the haunting The Story of the Grail chronicles the legendary quest. Rich in symbolism, these evocative tales combine closely observed detail with fantastic adventure to create a compelling world that profoundly influenced Malory, and are the basis of the Arthurian legends we know today. 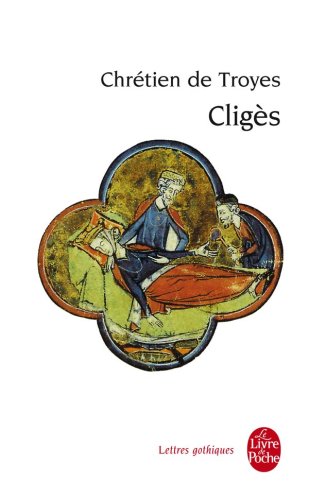 In this translation of "Cliges", the second of five surviving Arthurian poems by 12th-century French poet Chretien de Troyes, Burton Raffel captures the original. In this poem, Chretien creates his most artful plot and paints the most starkly medieval portraits of any of his romances. The world he describes has few of the safeguards and protections of civilization: battles are brutal and merciless, love is anguished and desperate. "Cliges" tells the story of the unhappy Fenice, trapped in a marriage of constraint to the emperor of Constantinople. fenice feigns death, then awakens to a new happy life with her lover. Popular in their own time, each chapter of Chretien's great verse romances is a fast-paced psychologically oriented narrative. In a rational and realistic manner, Chretien probes the inner workings of his characters and the world they live in, evoking the people, their customs, and their values in clear, emotionally charged verse. "Cliges" is filled with Chretien's barbs and bawdiness, his humour and his pleasure, his affection and his contempt. It is the work of a individualistic poet, brought to modern English readers by Raffel's poetic translation in a metric form invented specifically to reflect Chretien's narrative speed and tone. 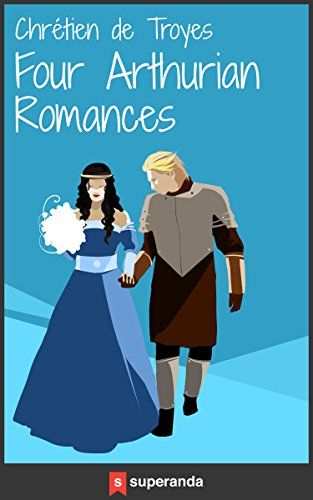 Chrétien de Troyes (French pronunciation: ​[kʁe.tjɛ̃ də.tʁwa]) (Christian) was a late 12th centuryFrench poet and trouvère known for his work on Arthurian subjects, and for originating the character Lancelot. This work represents some of the best-regarded of medieval literature. His use of structure, particularly in Yvain, the Knight of the Lion, has been seen as a step towards the modern novel. 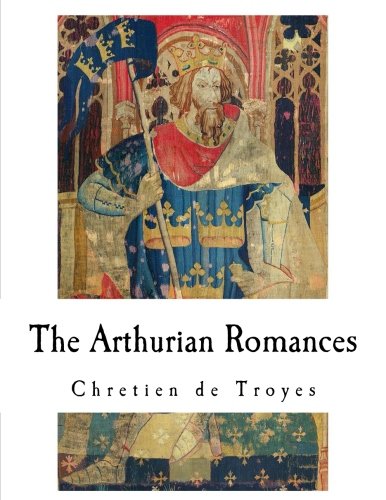 The Arthurian Romances “Erec et Enide”, “Cliges”, “Yvain”, and “Lancelot” Chretien de Troyes Translated by W.W. Comfort COMPLETE Table of Contents Introduction Erec et Enide Cliges Yvain Lancelot Chretien De Troyes has had the peculiar fortune of becoming the best known of the old French poets to students of mediaeval literature, and of remaining practically unknown to any one else. The acquaintance of students with the work of Chretien has been made possible in academic circles by the admirable critical editions of his romances undertaken and carried to completion during the past thirty years by Professor Wendelin Foerster of Bonn. At the same time the want of public familiarity with Chretien’s work is due to the almost complete lack of translations of his romances into the modern tongues. The man who, so far as we know, first recounted the romantic adventures of Arthur’s knights, Gawain. Yvain, Erec, Lancelot, and Perceval, has been forgotten; whereas posterity has been kinder to his debtors, Wolfram yon Eschenbach, Malory, Lord Tennyson, and Richard Wagner. The present volume has grown out of the desire to place these romances of adventure before the reader of English in a prose version based directly upon the oldest form in which they exist. 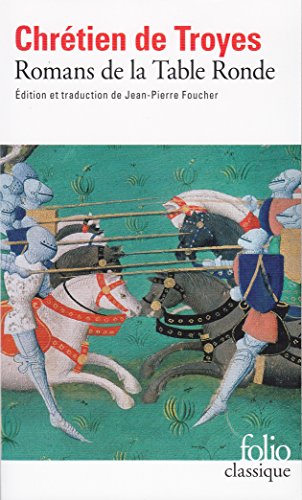 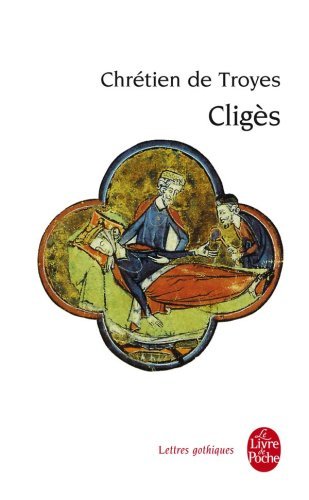 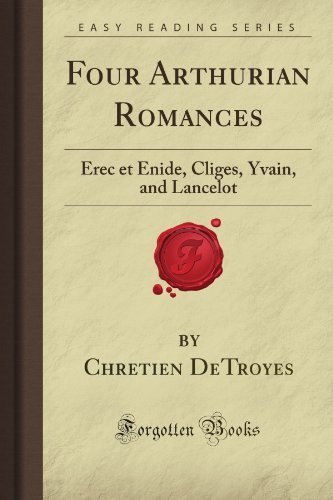 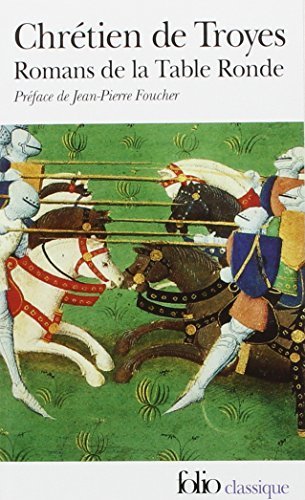 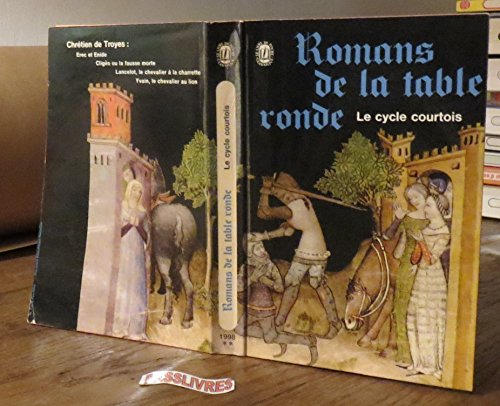 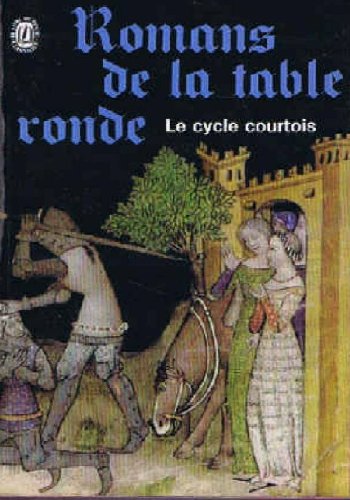 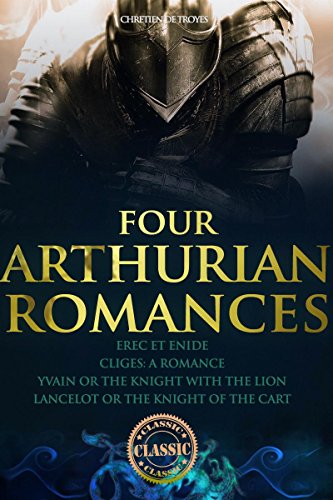 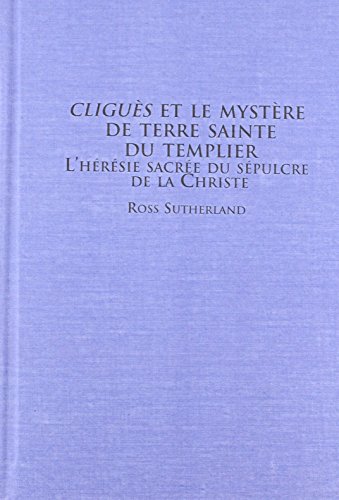 This is a multi-disciplinary decoding of Cliges, a 12th-century work considered to be of major significance for the fields of literature, history, psychology, religion and comparative myth. 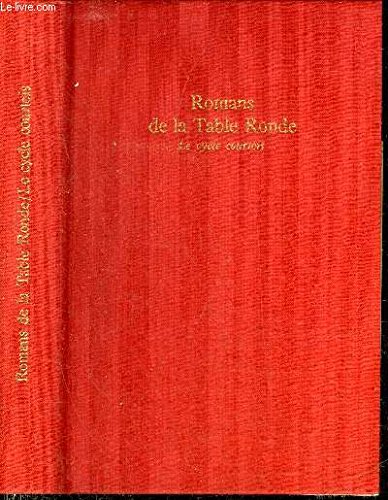 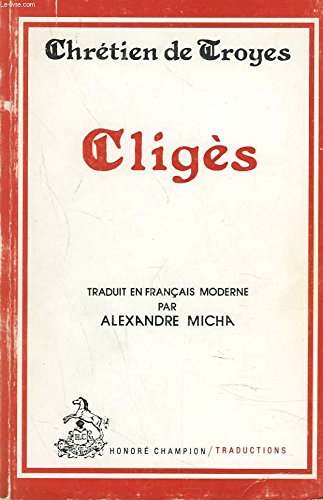