The Assassination of Emperor Dessalines 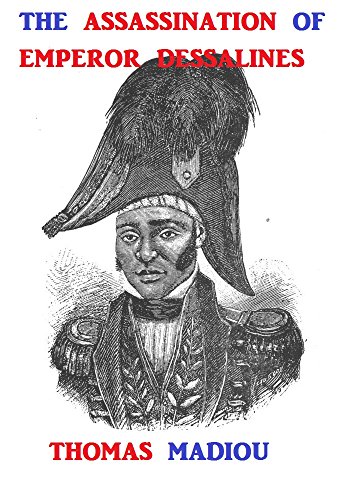 The Assassination of Emperor Dessalines by Thomas Madiou Book Summary:

“The Assassination of Emperor Dessalines” is an account of the assassination of Haiti’s first head of state, Jean-Jacques Dessalines (1758-1806). It was written by Haitian historian Thomas Madiou (1814-1884) in the 1840s.Madiou was one of two prominent mid-nineteenth century Haitian historians. The other was Beaubrun Ardouin (1797-1865). Both men wrote long accounts of Haiti’s history. Madiou, however, had more of a tendency towards the melodramatic than his counterpart. This is evident in his account of Dessalines’ October 1806 assassination. While Ardouin gives a brief and matter-a-fact description of Dessalines’ death, Madiou provides dramatic details of the same event.Dessalines had been born into slavery in northern Saint-Domingue in 1758. The 1789 French Revolution marked the beginning of the collapse of slavery in the French Caribbean colony that would later become Haiti. First free people- whites and people of color (mixed-race people)- began to fight amongst themselves. In the North, a free man of color, Vincent Ogé led a 1790 revolt in order to obtain equal civil rights for the free people of color.A year later, in August 1791, a massive slave revolt broke out in the North. Dessalines, then thirty years old, joined the rebels and won de facto freedom. The rebel leader Boukman was killed in November 1791, but he was replaced by Jean-François and Biassou. Dessalines fought under the command of these men in the rebel slave armies.In 1793 the French commissioners Sonthonax and Polverel officially abolished slavery to win the support of the colony’s black majority against the enemies of the French Republic. One black commander, Toussaint Louverture, defected from the pro-Royalist, Spanish-backed black armies of Jean-François and Biassou to join the French Republic. Dessalines followed Louverture.Along with Henri Christophe, Dessalines became one of Louverture’s most loyal commanders. He fought for Louverture against Rigaud in the South, against black rebels in the North, and against the French armies of Napoleon Bonaparte and Charles Leclerc in 1802.After Louverture’s capture and arrest by Leclerc, Dessalines became the chief commander of the “indigenous” army fighting against the French. In this capacity he oversaw the final defeat of the French army under Rochambeau at the November 1803 Battle of Vertières near Le Cap (Cap-Français, now Cap-Haitien).After the French army evacuated the colony, Dessalines and the other Haitian commanders declared their independence from France on January 1, 1804. Dessalines first took the title of “Governor-for-Life”. But in September 1804 he crowned himself Emperor of Haiti, following Napoleon’s example.Dessalines’ reign was short-lived. He antagonized members of the country’s economic and military elite, who began to plot against him. In October 1806 he was assassinated near to Port-au-Prince. After his death, Madiou describes how his body was torn apart by a mob and stoned by children. He describes how an old mad woman named Défilée, a former camp follower of Dessalines’ armies, put his remains in a bag to bury them.Madiou was born eight years after Dessalines’ death, and it is unclear how accurate the details that he provides are. Ardouin, who would have been old enough to remember the time when Dessalines was murdered, disputes some of Madiou’s details. For example, Ardouin wrote that he had known the woman Défilée, and that she was a small woman who would not have been strong enough to carry Dessalines’ remains, since the Emperor was a large man. Whether or not it is completely accurate, however, Madiou’s account is nothing, if not entertaining. 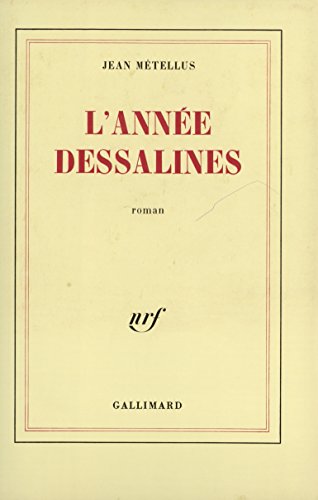 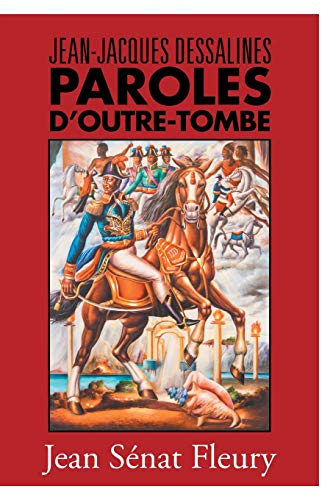 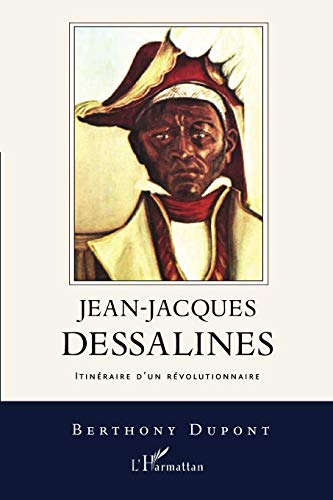 Liberty or Death: The Post-Independence Proclamations and Massacres of Haiti’s Dessalines 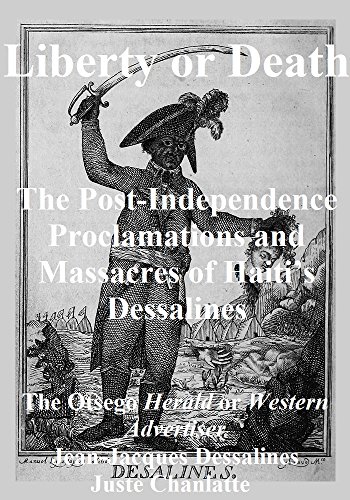 Liberty or Death: The Post-Independence Proclamations and Massacres of Haiti’s Dessalines by The Otsego Herald or Western Advertiser Book Summary:

The Haitian Revolution (1791-1804) transformed the French Caribbean slave colony of Saint-Domingue into the independent black-led nation of Haiti. The Revolution began on August 1791, on Saint-Domingue’s northern plain, with a massive slave rebellion. The enslaved rebels burned sugar plantations and forced whites to take refuge in the city of Le Cap (Cap-Haitien).Unable to defeat the black rebels, the French Republic eventually abolished slavery and formed an alliance with the ex-slave general Toussaint Louverture. Louverture would become the savior of the French Republic in Saint-Domingue, defeating the British, Spanish, and French royalists in the colony.He went on to become Governor-General of Saint-Domingue, but his reign was short-lived. In 1802 Napoleon Bonaparte sent an expeditionary force under his brother-in-law, Charles Leclerc, to depose Louverture and restore slavery in the French colonies. Louverture and his loyal lieutenants, Jean-Jacques Dessalines and Henri Christophe, resisted the French invaders, but surrendered after a few months. Louverture was arrested and deported to Europe, where he died soon afterward, imprisoned.Even with Louverture gone, armed resistance to the French continued. Dessalines and Christophe, who had initially agreed to fight for Leclerc, eventually defected back to the insurgent army. Dessalines was appointed commander-in-chief by the rebels.The insurgency and defections of black troops grew as rumors that the French planned to re-establish slavery spread. These rumors were fuelled by news from Guadeloupe. In that other French Caribbean colony, a man of color named Louis Delgrès (or Delgresse) put up determined resistance to Napoleon’s armies, committing suicide by blowing himself rather than surrendering. The captured followers of Delgrès, deported to Saint-Domingue, helped to spread rumors that the French had already re-established slavery in Guadeloupe.In Saint-Domingue, the insurgency grew, as blacks and people of color flocked to the rebel banner and defected from the French army. Dessalines presided over the final defeat of the French army under Leclerc’s successor, the vicomte de Rochambeau, at Vertières in November 1803.In the last months of the war, the conflict took on an increasingly brutal character. Leclerc began to suspect all of his black and mixed-race soldiers and officers of disloyalty, and had them all arrested and executed. Leclerc went on to suggest that most of the colony’s black population would have to be wiped out and replaced with new African imports in order to restore slavery.After Leclerc died towards the end of 1802, his successor, Rochambeau, carried out even more sadistic massacres against the colony’s blacks and people of color. This violence helped to unite the colony’s mixed and black population against the French.After the French defeat, Dessalines declared independence on 1 January 1804. In the months that followed, Dessalines carried out a series of notorious massacres of the country’s remaining whites. In his proclamations, he justified these killings by accusing the whites of complicity in the earlier massacres carried out by Leclerc and Rochambeau, and arguing that the whites could support French attempts to reconquer Haiti. The massacres were also an attempt to unite the nation’s mixed-race and black populations.The main target of these massacres were French colonists, especially men. Foreign non-French white merchants, such as Americans and Britons, were sparred. Some European soldiers who had defected to rebels during the war, as well as a few white widows under Dessalines’ protection, were also exempted from the killings. 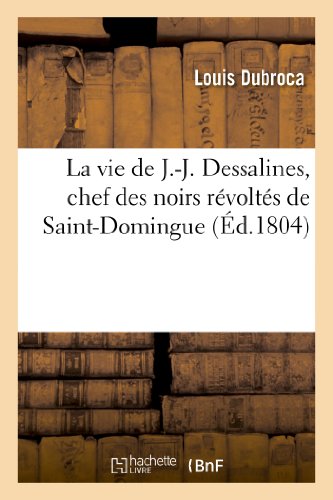 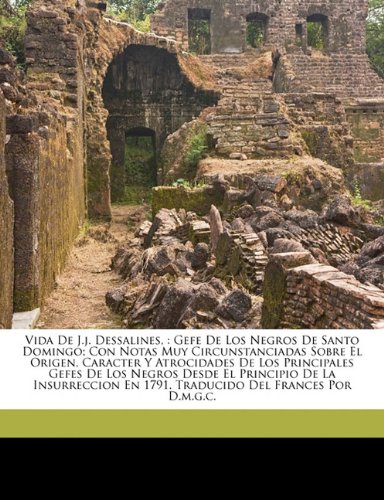 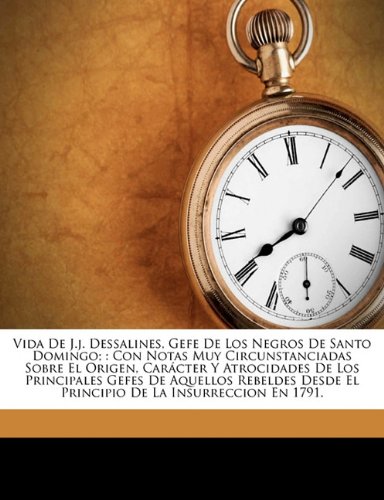 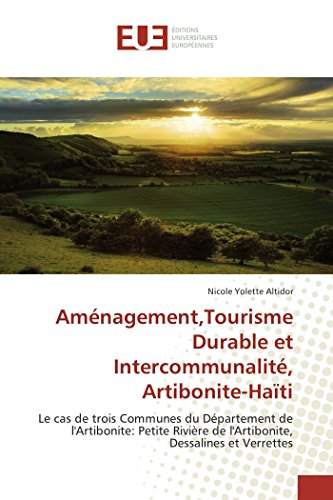 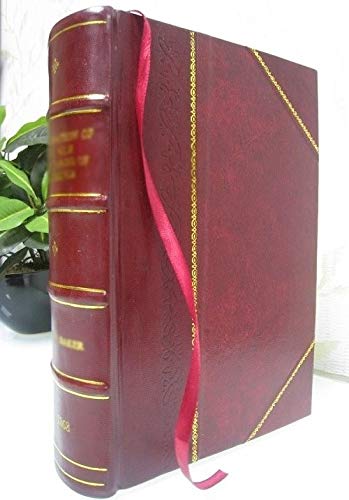 Leather Binding on Spine and Corners with Golden Leaf Printing on round Spine (extra customization on request like complete leather, Golden Screen printing in Front, Color Leather, Colored book etc.) Reprinted in 2019 with the help of original edition published long back [1804]. This book is printed in black & white, sewing binding for longer life, Printed on high quality Paper, re-sized as per Current standards, professionally processed without changing its contents. As these are old books, we processed each page manually and make them readable but in some cases some pages which are blur or missing or black spots. If it is multi volume set, then it is only single volume, if you wish to order a specific or all the volumes you may contact us. We expect that you will understand our compulsion in these books. We found this book important for the readers who want to know more about our old treasure so we brought it back to the shelves. Hope you will like it and give your comments and suggestions. Lang: - French, Pages 152. EXTRA 10 DAYS APART FROM THE NORMAL SHIPPING PERIOD WILL BE REQUIRED FOR LEATHER BOUND BOOKS. COMPLETE LEATHER WILL COST YOU EXTRA US$ 25 APART FROM THE LEATHER BOUND BOOKS.

The Importance Of Being Earnest